Canadian artist Dave Bidini (left) jams with members of the band King's Jubilee, (from left to right) Zaroe Amilcar, Richard Neufville, Francis Wesseh and Terry Williams at the Buduburam refugee settlement, roughly 20 km west of Ghana's capital Accra on Friday April 13, 2007. The group, which is composed of five Liberian men living at Buduburam, is currently recording their second album, and already has a growing number of fans back in Liberia. The Buduburam refugee settlement is still home over 30,000 Liberians, most of which have mixed feelings about returning to Liberia.. 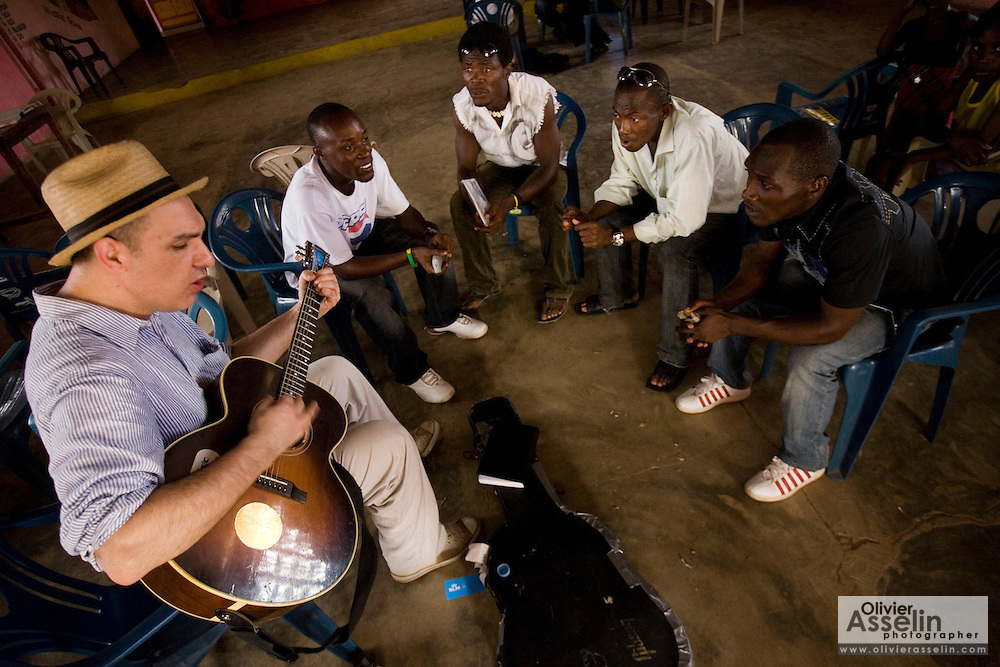