A woman helps young men cover themselves with talcum powder as they prepare for wrestling matches during the yearly evala festival in the town of Houde, northern Togo, on Thursday July 12, 2007. The powder, fighters say, makes it more difficult for their opponent to get a firm grasp.

The first day of fighting pits evalos from two halves of a same village against each other. On the next day, fighters from an entire village wrestle against their peers from a neighbor settlement before joining them and facing together a similar gr 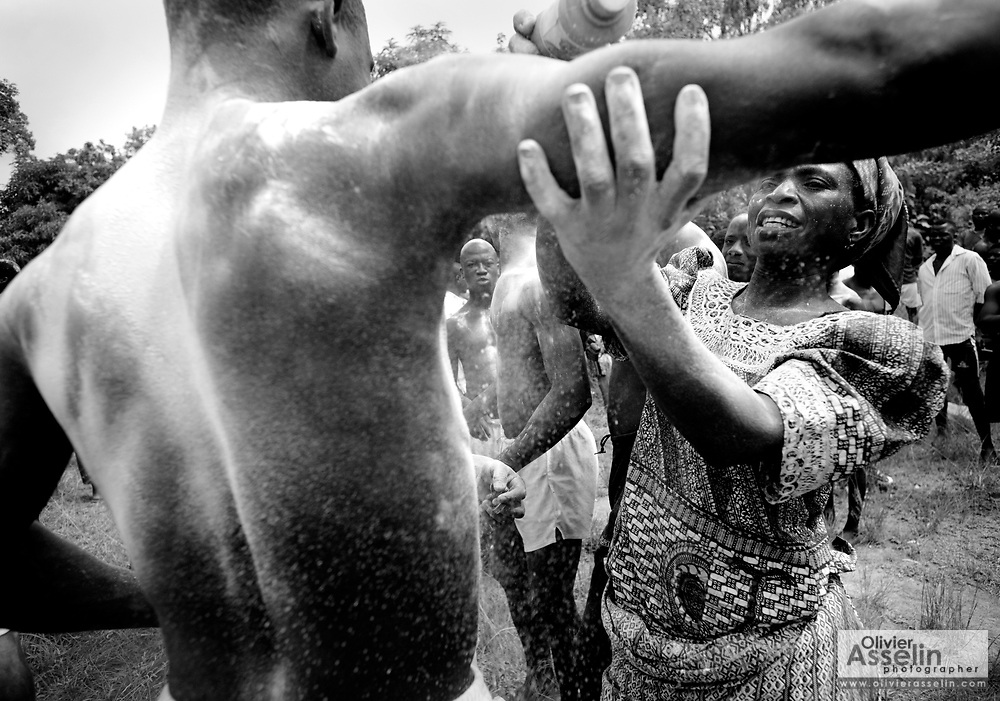